I started a job once and I didn’t really have the skills to do it effectively. But, I had certain expertise that the company wanted and so they hired me anyway, knowing that I didn’t quite fit the mold. I got some training from my new boss during the on-boarding process, but it wasn’t enough.

I remember the first project that I submitted. I told my boss that I’d never done this sort of work before, and asked for feedback so that I could do a good job. My boss looked at the project, returned it to me and said that I did an awesome job. That felt good but then I had to present my project to the rest of the team.

I got a lot negative feedback. I did a bad job, and it really hurt my confidence. I didn’t recover from that punch to my ego at the time, even though I garnered more of the necessary skills as I worked on other projects for that company. I still had it in my mind that I wasn’t doing very well, and ultimately I ended up leaving that position.

I could blame my boss at the time for their poor leadership, but I have to blame myself because I didn’t push for the help that I needed. The fact is that good leadership can produce tremendous results and when I think of good leaders, I think of a few different attributes.

A good leader is optimistic. they know how to motivate a team and how to give people a positive vision of the future, so that they stay engaged in their work, and produce great results.

If you’re a bureaucratic leader you can apply these skills. A bureaucratic leader is somebody who has a bunch of rules. They tell you to perform a number of tasks, you do the work, and life is good. That’s okay for junior level teams that need that level of direction, but it’s not the best style for more senior people who are self-directed.

More seasoned staff may require a more authoritative approach. These people are often highly motivated, and just need to know the expected outcome of their work. That works for certain people too, but the approach that I like best is the coaching style of leadership.

Coaches take each individual on a team and look at what they’re good at, and tasks on which they need improvement. In my role, I often help people to become the best versions of themselves. They garner the skills that they need, whether I teach them those skills or I point them in the right direction. This works really well for the kind of work that I do.

I help companies build processes. I’ve got a client for whom I built a process for content development. We produce about 40 articles per month, and each article is about a thousand words. That’s the equivalent of a half a novel that we write every single month, and that requires about eight people on the writing team, plus a content editor, a website administrator, and a bunch of other people. To facilitate this process I created a system using a platform called Trello.

There are a lot of platforms like Trello; I also use Asana, Jira (Atlassian) and others, depending on the sort of team I’m building at the time. I assign tasks on this platform, and people pick up their assignments, do the work, and then when they’re done they check off some boxes, move the tasks to the next column, and the next person touches that piece of content. This process carries every piece of content from concept to publication.

In this job, not only do I manage the project using this system but I provide leadership to people. I give them that human interaction that they need, and that coaching that they need so that they can improve their skills and stay engaged. 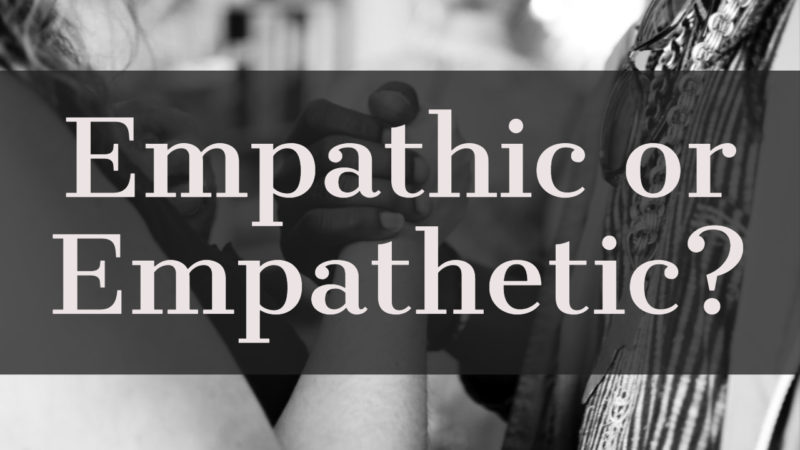 What’s the difference between empathic and empathetic?